by admin on 7th February 2023 in Business Law

WFW advised Primonial REIM France SA (“PREIM”) and Hova Hospitality on the circa €70m sale and lease back of Club Med’s Gregolimano resort at Evia, Greece. The high-end resort is being renovated as part of an extension and renovation project with an initial budget of €20m. The deal was named Best Real Estate & Infrastructure Project.

This was a very complex and challenging transaction as it not only marked PREIM’s first investment in Greece but also the first triple-net lease for a Greek hotel.

The Business Law Awards celebrate partnerships, projects and teams that promote innovation, quality and efficiency in the delivery of legal services and recognise the top law firms and in-house legal departments of the year.

Standardized Tests Should No Longer Be a ‘Hammer’

by admin on 7th February 2023 in Education Law

Standardized tests should be used as “a flashlight” on what works in education not as “a hammer” to force outcomes, Education Secretary Miguel Cardona said during a speech last week.

The statement reflects a shift in thinking since annual testing became federal law more than 20 years ago, and it echoes past comments from Cardona, who warned states against using 2022 NAEP scores punitively when they showed steep drops in reading and math in September.

But federal policies stemming from the two-decade-old No Child Left Behind Act and its successor, the 2015 Every Student Succeeds Act, make it difficult for states to use standardized tests in any other way, policy experts say. And despite changing attitudes, there’s little indication that the nation’s schools will move away from the current form of test-based accountability anytime soon.

“It doesn’t matter what the sentiment is,” said Jack Schneider, an education professor and policy analyst at the University of Massachusetts-Lowell who is also an advocate for including alternative measures like school climate, teacher ability, and school resources in accountability policies. “The law is structured so that it really isn’t much of a flashlight.”

Cardona did not announce any new testing-related policies or plans for the Education Department in his Jan. 24 speech to educators, so it’s unclear if the agency plans to address concerns about test-based accountability through grants, waivers, or rulemaking. The department hasn’t announced any plans to revise standardized testing policy.

Still, his words reflect ever-changing opinions about standardized tests and what role they should play in evaluating school performance.

“He’s trying to bridge two eras,” Schneider said. “Right now, we are still very much in the era of test-based accountability because that’s the law. He also recognizes that’s not going to persuade very many people for much longer as a

A conversation with Georgia Dawson: How can we achieve true equality in the legal profession?

by admin on 7th February 2023 in Legal Profession

Listen to the podcast

The International Bar Association (IBA) Legal Policy & Research Unit (LPRU) spoke to Georgia Dawson, Senior Partner at law firm Freshfields Bruckhaus Deringer, on the subject of gender equality at the top of the legal profession in a new podcast published as part of the LPRU’s business and sustainability series. Dawson is the first woman to be appointed Senior Partner of a Magic Circle law firm.

In this episode of the series, Sara Carnegie, IBA Legal Projects Director, and Beatriz Martínez, IBA Project Lawyer, discuss with Dawson the challenges facing female lawyers in attaining and retaining senior positions in the profession, and the initiatives and measures that law firms can take to ensure that workplaces foster and achieve a diverse and inclusive environment. 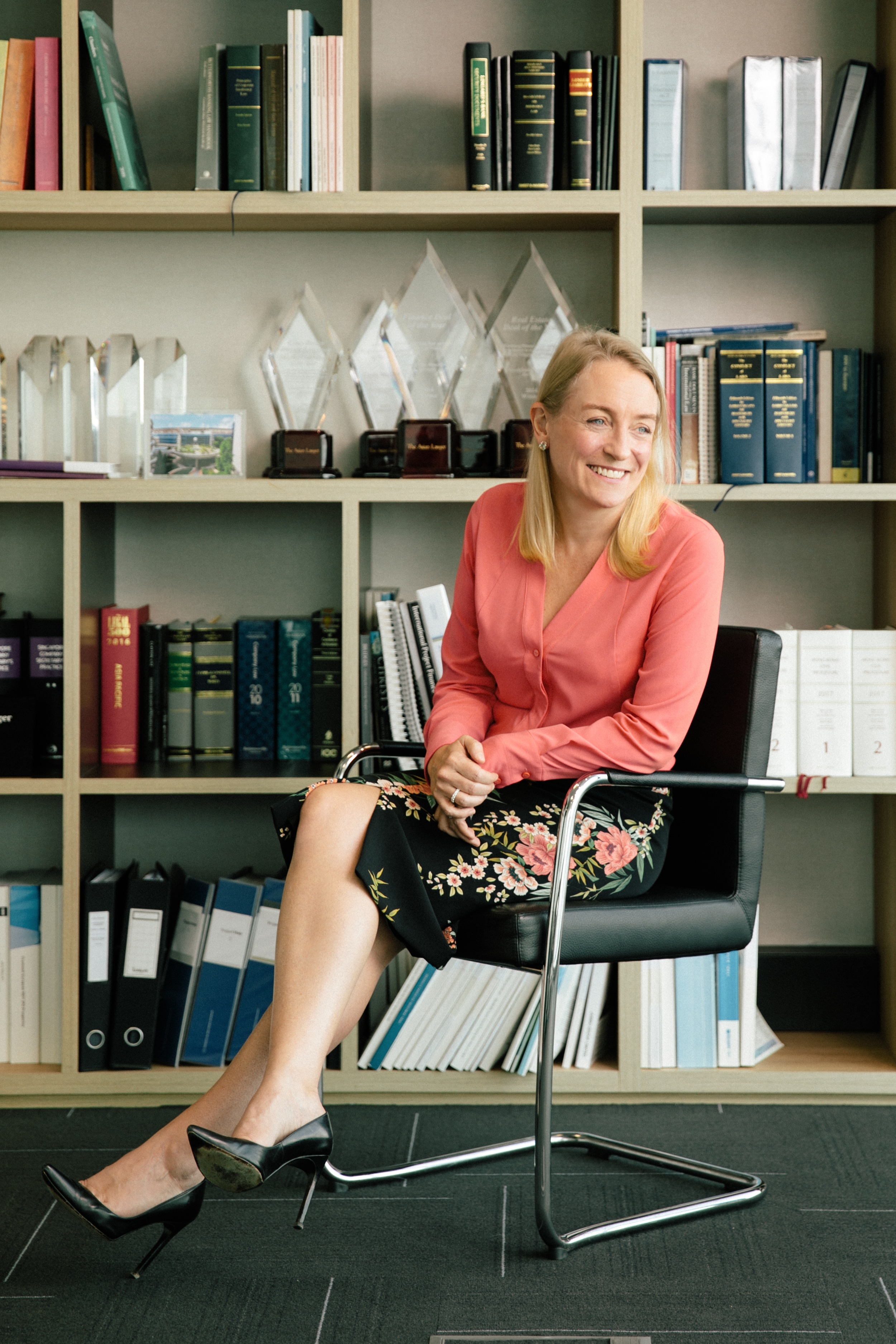 On her passion for gender equality in the legal profession, Dawson remarked: ‘Ideally, we should all be pushing for absolute gender parity and not satisfying ourselves with anything less. I am incredibly passionate about trying to move the needle, in terms of diversity and improvement […] one of the first things I did in becoming Senior Partner was to announce global targets and a series of commitments to deliver on those targets.’

On the importance of involving male colleagues in the conversation surrounding gender equality, Dawson said: ‘Looking for ways to involve your male colleagues, to play to their strengths and help them find a role within the diversity & inclusion agenda that they feel comfortable with is really important. Then, you get heightened levels of engagement because they feel comfortable and confident in the role that you’re asking them to play. You need to play to the strengths of all your colleagues.’

For legal organisations keen to improve the situation in their workplace, Dawson

The decision comes after the Law Society of Alberta held a special meeting on Monday to vote on the motion. Roughly 4,669 active Alberta lawyers registered to attend the special meeting, which was held via Zoom.
There were 2,609 votes against the motion, compared to 864 votes in favour. The Law Society of Alberta said 3,473 votes were cast at Monday’s meeting.
This means lawyers practicing in Alberta will still have to take mandated continuing education courses.

The vote is a response to a petition from 51 lawyers opposed to The Path, a five-part course on Indigenous history and culture that follows one of the calls to action in the Truth and Reconciliation report.

Glenn Blackett, a signatory to the petition, called the course “political indoctrination.”

In response, 400 lawyers filed a letter supporting the Indigenous cultural competency requirement. The letter said that the legal profession was complicit in the residential school system and its members have acted in ways that perpetuate injustices faced by Indigenous peoples.

Koren Lightning-Earle, legal director of the University of Alberta’s Wahkohtowin Law and Governance lodge, is very pleased with the results.

She said the vote signifies the importance of

by admin on 6th February 2023 in Business Law

A new round of amendments to the China Company Law seeks to improve the country’s business environment by optimizing corporate governance norms. The draft amendments include changes to the rights of company shareholders, responsibilities of shareholders and directors, deregistration procedures, and more. We look at how the proposed amendments differ from previous legislation and how they may impact companies in China.

On December 30, 2022, the National People’s Congress released a second round of draft revisions to the Company Law of the People’s Republic of China (the “Company Law”) to solicit opinions from the public until January 28, 2023.

The proposed amendments to the Company Law are part of an effort to improve the ease of doing business in China and stimulate market activity through decentralization, reforming the administrative approval system, optimizing public services, and improving investors’ rights, among other measures.

Below we outline a few of the major proposed changes in the latest draft revisions of the Company Law and discuss how they may impact businesses in China.

China has an enormous financial sector – including over RMB 7.3 trillion (US$1.15 trillion) in market capitalization in its banking market – but remains heavily regulated, particularly for foreign investors.

Real Estate Group
We use cookies on our website to give you the most relevant experience by remembering your preferences and repeat visits. By clicking “Accept All”, you consent to the use of ALL the cookies. However, you may visit "Cookie Settings" to provide a controlled consent.
Cookie SettingsAccept All
Manage consent